This unfinished asylum is located inside the popular Kyrylivskyi Gai tract park area in Kiev.

Originally called The Institute of Social and Judicial Psychiatry and Narcology Building, this clinic was designed to house mentally ill patients who committed serious crimes in Ukraine.

Construction was halted in the early 1990s. Interestingly, the construction wasn’t halted due to the dissolution of the Soviet Union but due to a plethora of serious accidents that occurred on site.

Rumours from locals who call the place “Durka” (crazy place) state that multiple builders on site fell to their death and several contractors also suffered life changing injuries during the initial construction phase.

This place is now long abandoned with trees growing inside the guard booths and parts of the facade have fallen off.

This hospital is now popular with airsoft enthusiasts and graffiti artists alike.

Security on this site was so lax we accidentally stumbled into the active Pavlova Psychiatric Hospital beside it that was due to move into this complex.

Pavlova Mental Hospital is still in use due to the asylum next door never being completed.

Additional Info:
Beside an active asylum. 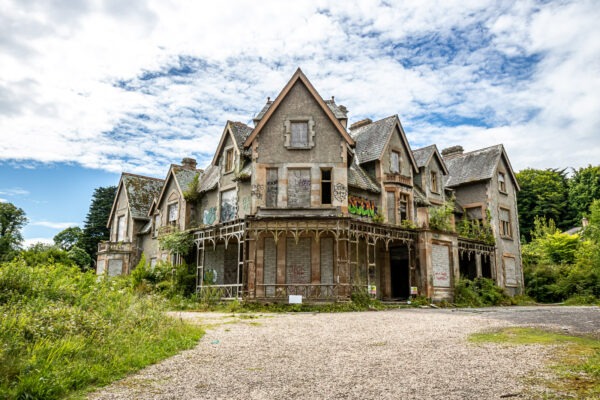