The aim for this wildlife rescue centre was to either rehome or rehabilitate the animals so that they would be able to return back to the wild. However, if the animals were unable to be rehomed or rehabilitated then they would live out their lives in the wildlife rescue centre. They had a strict policy that no animal would ever be euthanized. The owner stated that they only euthanize an animal if their quality of life is non-existent.

The wildlife rescue centre was founded in 1978 when the owner was asked if she could take in 26 pigeons. At the time, she and her husband had been visiting a pigeon show once a month and while here, she always suffered from flu-like symptoms. The owner would eventually find out that she had contracted bird fancier’s lung, which is triggered by exposure to avian proteins that are present in the dry dust of bird droppings and sometimes in the feathers of specific birds. Since this is an uncurable disease, the owner decided that she would make it her life ambition to help as many animals as possible.

Then in 1996, the wildlife rescue centre was formed into a charitable trust. It was completely volunteer run and they did not receive any government funding. For a while, admission to the wildlife rescue centre was free. For visiting guests, they would simply ask for donations and often organized fundraising events, such as sponsored walks, raffles and charity drives. They also had an Amazon wish list filled with items needed for the sick and injured animals, including food, bedding, toys and medications.

Most of the time, there was a small staff of four full-time volunteers in addition to around 30 part-time volunteers and had assistance from the NEELB Education Officer and support from Disability Action. In fact, the wildlife rescue centre provided therapy for those with special needs and assisted with probationary commitments. They even carried out educational outreach programmes to local schools and allowed people to sponsor animals; prices ranged from £5 for a bantam or duck up to £50 for a swan or £40 for a red fox or badger.

Over the years, the wildlife rescue centre took in thousands of sick, injured and orphaned animals, including fox cubs who had become separated from their mothers, buzzards who had been poisoned, ferrets who had become lost during hunts, swans who had become injured among many other animals. They would respond to mercy calls from all over Northern Ireland and even across the border. On occasion, they would even help animals from overseas. In 2003, the owner spearheaded

the Hedgehog Handshake Project to save 500 hedgehogs from being euthanized in Scotland. The board of Scottish Natural Heritage had sanctioned the cull in a bid to preserve rare birds on the Uist isles. When the rescued hedgehogs arrived, they were distributed to participating council areas.

Just the following year, tragedy struck when thieves broke into the wildlife rescue centre in the middle of the night and stole four ferrets. In addition, two cockatiels were killed, another two were released and two foxes were released. Several other animals, including an Eagle Owl, were also released but were quickly found. The thieves had also broken in to the collection box and stole what little money was there.

In 2014, the wildlife rescue centre was faced with foreclosure after the owner announced that she would be retiring after her 80th birthday. In fact, much of her pension had been used to help keep the wildlife rescue centre running. The owner had feared that they would be forced to close after being unable to keep up with the estimated £1,500 a week to continue caring for the animals. At the time, there were around 150 animals in the centre.

After the Belfast Telegraph ran an article about the uncertain future of the wildlife rescue centre, the community bounded together to provide a lifeline. A gala ball was held at a 4-star hotel which included a drinks reception, a three-course dinner and a prize draw. The managed to raise just over £5,000. That same year, the wildlife rescue centre had been inundated with baby animals and birds that he had been injured or had become separated from their parents. Among those were new-born chicks, baby swans and fox cubs.

Since then, it had become victim to vandalism, arson and graffiti. When we explored the wildlife rescue centre, much of it had been reclaimed by nature. The main building on the property, which was used as a home, had unfortunately been set alight and the roof had caved in. The kitchen was still somewhat intact, albeit fire-damaged, and a dog leash was hanging from a peg at the entrance hall. A number of the animal enclosures were still standing throughout the plot of land, including the enclosures for small mammals and birds. 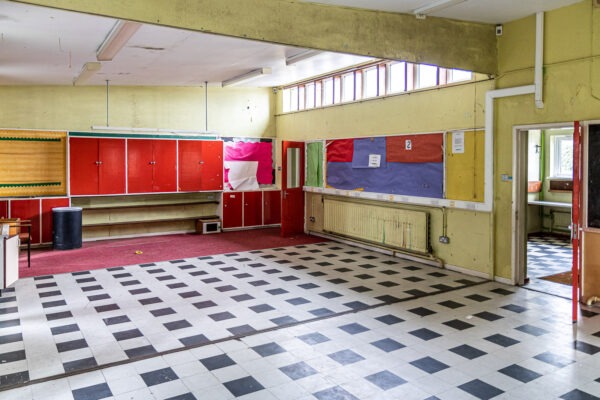 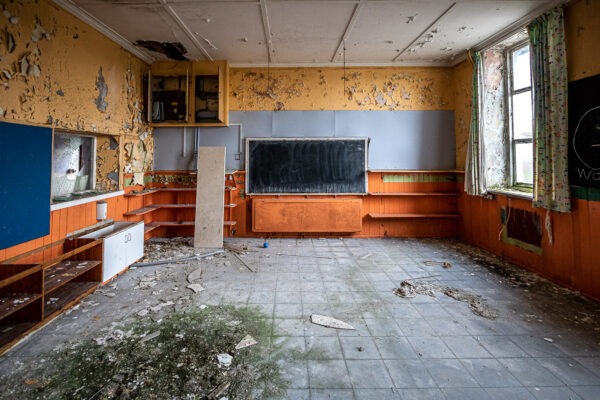 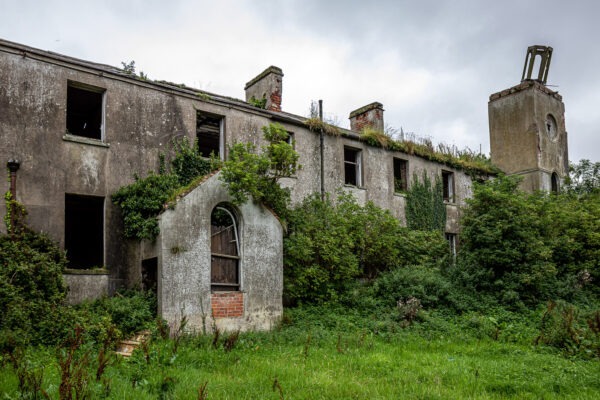 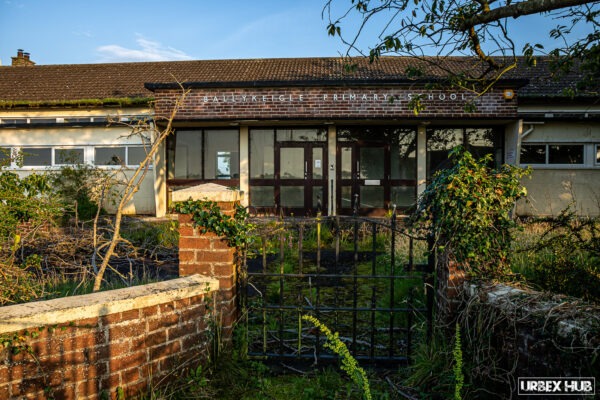 Ballykeigle Primary School was a school located on the outskirts of Comber, Northern Ireland. It was in use for almost two centuries before finally being closed down in 2012.