During the 19th century, local shipbuilder Harland and Wolff designed and produced flat packed churches. These “flat pack” churches were designed for, and exported in, vast quantities for the ever-expanding Presbyterian communities in America. These tin hut churches were made from corrugated iron instead of wood and brick and were easy to transport and assemble.

In the 1890s in West Belfast, there was a considerable British Military presence on the area now known as Beechmount. Military personnel at the time had no place to congregate for worship and thus a request was made by an Officer to the Presbyterian Church asking if they would kindly donate one of their buildings. This request was granted and a “wee tin church” as its affectionately known by locals, was requisitioned and built on a site near the barracks. The church was opened as “St Luke’s” on the 13th August 1892.

Not long after its opening as a military church, members of the Church of Ireland also started to use the church for Sunday service due to a lack of facilities nearby for them.

As time went on, demographics changed, and in 1969 the Presbyterian and Church of Ireland community held a meeting to discuss the future of the church. At this meeting, it was decided to close the church. This excerpt which appeared in the parish gazette and dated October 1969 explains why:

“Before a recent service in St Matthias’ Church the bell snapped.  Was this a prophetic parable? A sinister touch? Was the bell saying “I’ve had enough, let me sleep in peace?”

This bell, which was very much part of the Sunday music in the Glen Road, had been chirping since August 13th, 1892 except when silenced.  Since then it has called many people to service and sacrament.   The bell tolled for the departed. The bell was a symbol that Jesus of Nazareth was passing by calling men and women to follow him in worship and in life.

Now the bells tongue is silent. From next Sunday the church will rather sadly be quiet amid its sylvan setting. The Autumn leaves will weep the lament. It is a pity that the final services will take place in an atmosphere of tension for in one sense the problem, re the closing, is linked indirectly. Though it must be said plainly that excellent relationships exist in the lower Glen Road area. Thank God for this.

May this bell now permanently silently ring a spiritual song in the hearts and souls of those accustomed to its shrill sound.”

Stewarts Supermarket expressed an interest of opening a supermarket on the now vacant site. Ted Hassen, a Church of Ireland minister at St Luke’s, got in touch with Canon McNamara, a priest at St Teresa’s, to alert him of this. Canon McNamara went on to purchase the site on behalf of the Catholic Church.

By mutual agreement between St Luke’s and St Teresa’s, the church remained under the patronage of St Matthias the Apostle and on the 24th February 1970, the church was reconsecrated into use by the Catholic Church.

In the late 1980s, plans were mooted to demolish the flat pack tin church and replace it with a bigger, more modern church. These plans were met with opposition and eventually abandoned. In 1992, the church closed for a while to allow for internal renovations to take place. A new altar, ambo, cross and tabernacle were installed along with work of artist Ray Carroll.

In 1996, an engineering report concluded that due to the deterioration of the building and especially its foundations that the tin church should be replaced within ten years. In 2001, the tin hut church received a plethora of television and newspaper coverage alerting the public of its planned demolition. This led to a fierce opposite from the public which ultimately led to the replacement church being built on the grounds beside it. The new St Matthias opened its doors on the 31st October 2004.

Today it is one of eight surviving tin hut style churches in Ireland. In 2001 it was designated a listed building by the Environment and Heritage Service as a “rare example of a corrugated iron clad single storey church. Its appearance is of a frontier church of the American West.” Other examples of tin hut style churches in Ireland can be found in Donegal, Leitrim, and Fermanagh. This wee tin hut church stood empty until 2020 where it was used by a local food bank “Foodstock” who provided a lifeline to any one in need during the pandemic with food parcels regardless of religion or background. The food bank moved to new premises on the Andersonstown Road in early 2021 and the tin hut church has been left empty since. You can check out Foodstock’s amazing work here. 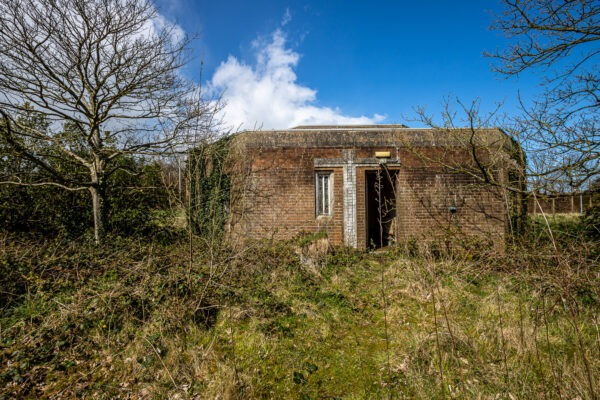 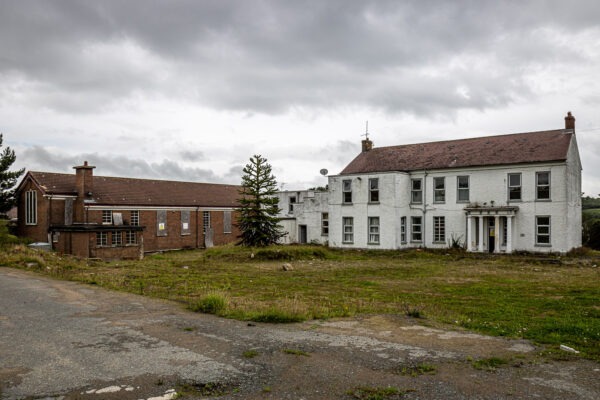 Marianvale was one of twelve former Mother and Baby Homes that operated in Northern Ireland over the past century.