This Ice House was built into the side of a hill and when in use, the ice would have been covered in dirt and vegetation to keep the contents cool and dry. Access to the Ice House also provided cooling due to the innovative use of 2 solid doors which restricted the flow of hot air from getting inside.

The Ice House was built with basalt from the surrounding area. Basalt is well known for its insulating properties and even on blistering hot days, the stone remains cold to the touch.  In winter months, the ice house was topped up with ice collected from nearby streams and ponds. A drain at the bottom ensured that the ice wasn’t saturated with melt water.

Cairncastle Lodge made use of this ice house to keep food fresh and drinks cold. It was frequently used to store fish, poultry, meat, dairy products and mead.

This building was constructed in the mid 1800s to store ice for Cairncastle Lodge. It was built into the hill and would originally have been covered completely with earth and vegetation to keep it cool and dry.

The circular ice chamber is designed like a well. Originally there would have been a solid door, instead of the gate you see today. There would also have been a passage out to an external door.

The double doors would have prevented warm air entering from outside. Servants would have been lowered down into the chamber by rope or ladder to create the ice mass and also to remove the ice for transportation to the kitchen.

The buildings thick walls are of basalt and other locally derived stone which insulates it and keeps it cool inside. Even in high summer, the stone is cold to the touch.

What is an Ice House?

The use of ice for keeping food fresh is an ancient practice., although in Europe, ice houses did not exist until the early 1600s.

They were built to store ice for use in drinks, cold dishes and to preserve fish, meat, poultry and dairy products.

With the development of refrigeration and the year-round availability of imported commercial ice in the later 1800s, domestic ice houses gradually fell out of use.

How Does an Ice House Work?

During the winter months, ice was collected from ponds and streams and placed in the chamber.

The ice was broken up to create one deep ice mass. Thick stone walls, an earth covered roof and insulating materials, such as straw placed over the ice, ensured that it lasted well into the summer.

A drain at the base of the chamber kept the ice free of melt water as moisture melts ice as quickly as heat.

Food was sometimes stored in the chamber over the ice. 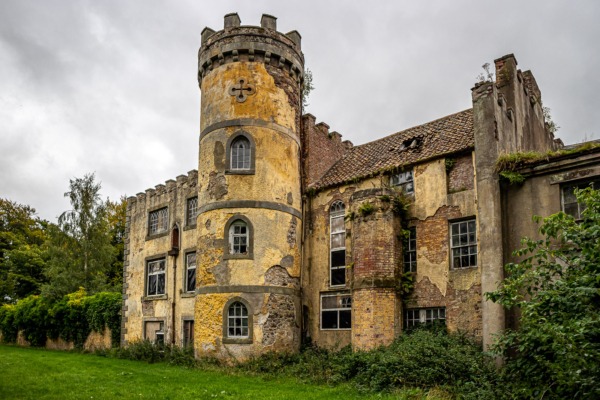 An abandoned farmhouse and outbuildings in rural Northern Ireland 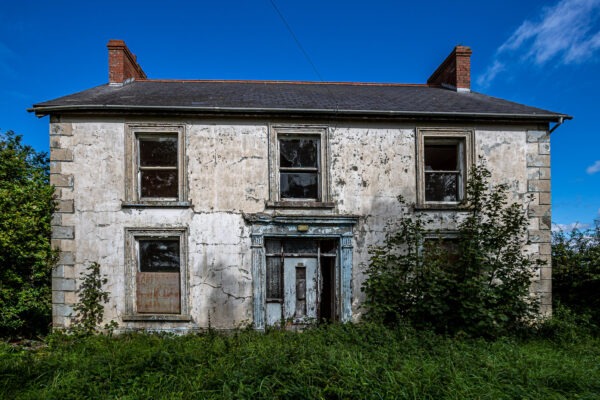 This farmhouse, located in rural Northern Ireland has stunning views of the countryside and at one time would have made the perfect family home.